Now, I am firmly aware that the Fourth of July holiday just recently came and went.  Like me, most Americans probably spent all their extra money on blackjack and hookers.  I understand the financial straits this might have left you in and I want to help you! 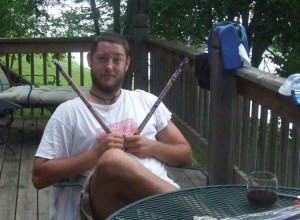 Blackjack and hookers you say?

My two books, Down the Path and Further: Down the Path 2 are on sale for only 99 pennies through Amazon for your kindle!  That’s a whole penny shy of a dollar.  It’s a little marketing scam I cooked up.  99 pennies sound like SO much less than a whole dollar, I’m hoping to trick you into thinking the same! This sale won’t last forever, or even until Monday the 22nd, so act fast!

Tell your friends, enemies, cousins, mothers, neighbors (except that dude who always fires up his leaf blower at 6 a.m.  Don’t tell him.  That guy’s a jackwagon and doesn’t deserve a bargain.)  If you have a talking bird, please quickly train it to say the first two paragraphs of this blog post and then send it out into the world.  Don’t worry, it’ll come back to you because you’re cool and have a talking bird.

If you pick up both, I’ll even throw in a FREE island!  A whole damn island.  Boom!  It’s yours, just like that.  I’ll tell you where the island is after you purchase both books.  Please remember that sometimes islands are very small and they’re almost always made out of rock.  Yes, I’m offering you a rock.  It will be a very nice rock though!  The kind of rock that you want to carry around in your pocket to show people.  The kind of rock you sometimes throw at that annoying bird that won’t shut up.  It’s an all purpose rock! 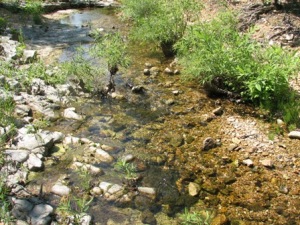 These are high quality rocks!

Let’s recap here because I know you’re all probably belching with excitement!

I’m offering two books for 2 bucks!  Even if you read fast, that’s over 6 hours of entertainment.  That’s cheaper entertainment than a cat and a laser pointer (those batteries only last about an hour and can get pricey, trust me).

Okay, okay, you twisted my arm. If you act now, I’ll have Amazon waive the sales tax (unless you live in a state with a distribution center) and I’ll see if they can deliver it to you for free using their propietary whispernet technology.  I don’t know what that is, but it sounds like someone whispers the book to you while you both chill out in a net.  Sounds like big fun, Right?  It’s as much fun as a dog floating on a raft with his tongue sticking out! 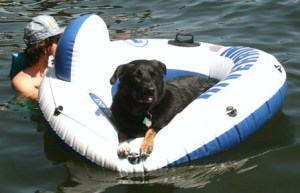 This is pretty fun!

Here are some convenient links!

Further: Down the Path 2

Now starting thinking of a name for your new island!

I’ll Leave you with my favorite quote: “Space. It seems to go on and on forever. But then you get to the end and the gorilla starts throwing barrels at you.” –Abraham Lincoln

This entry was posted in Book stuff. Bookmark the permalink.