Posted on December 23, 2013 by travismohrman

Singular Points will be available for digital purchase on December 26th!  The dead tree version will come along a few days later. 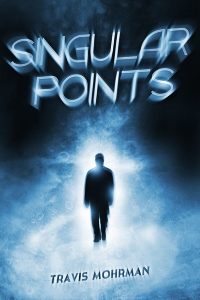 This was a weird book to write.  I explain some of this in the acknowledgements section, but you’re not supposed to read that until you’ve read the book, so I’ll expand on it here.

Basically, I was driving home and heard this song that got me thinking about sad things.  I came up with the first two chapters on that drive and then wrote them down as soon as I came in the door to my house.

This book wasn’t planned.  I was still hemming and hawing over which NaNoWriMo book to write this year.  I had three weeks left to decide, but was leaning towards this thing about aliens and diatoms that’s been bouncing around in my head for awhile.  For those in the “know”, the alien book will still be written and it will still have a character named Wendy.

Anyway, this thing just busted out of me like Impatiens capensis seeds out of the pod (that’s a great reference if you’re cool).  It was released free to read in chunks to the group of readers in The Village on Facebook.  It was not written as a serial novel necessarily, I was just tossing a few chapters up there every few days and then suddenly it was done.  The version that was posted on Facebook was still a little rough, what will be published has been revised.  Some of those revisions came from feedback from those early readers, thank you all for that!

Many of you realize that while the people in my stories might be fictional, the dogs are real. Down to every little quirk and style of tail wag, those characters are as close to the real dogs as I can make them.  Dogs can’t sue me, at least that’s the principle i’m operating on. The hardest part of writing this story for me was that Kona is no longer around, he passed away recently.  He’s hanging out with Charlie B. Barkin’ and the rest of the dogs (which is to say ‘all of the dogs, ever’) who are in heaven; since that is where every single dog goes.  I hope I have done Kona proud with this story.

The funny thing about this book is that I don’t think it’s terrible.  Usually by now I am pretty sick of the story.  Yet, here I sit, on the eve of the eve of publishing, and I’m still totally into it.    I’ve had the brunt of the final battle scene rolling around in my head since I was at least seven years old, so it was nice to put that onto paper finally.  Maybe that will make the dreams of that epic battle stop, but I hope not.

So, on the 26th, after the craziness, after all the bellies are full of roast beast, maybe with the Amazon gift card you got, look up the book and give it a shot.  (one Grinch reference and I flip into rhyme…something is wrong with me)

Also, I usually refrain from giving my readers an actual picture of a character in a book.  An author who sells far more books than me told me to let readers imagine the character on their own. In this instance, I am violating that rule. 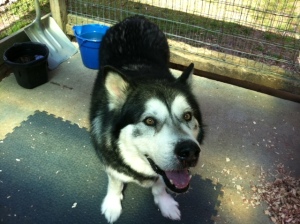