I enjoy living.
To this end, I need a few basic things…air, clean water, scotch, red wine, and FOOD. 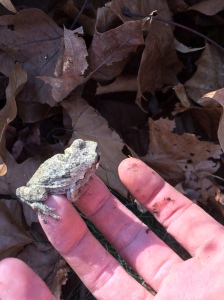 Right now I’m going to focus on the food.
I like the term “Inconvenient Cooking” because people ruined “Slow Food” for me–probably because I’m an asshole.  See, I realized that most of the people who bark about Slow Food are really just people who like to eat at trendy restaurants…most of the ones I encountered never did anything themselves.
So anyway, if you’ve read any of this blog before you know I am into doing things myself. Also, I kind of think I love to wash pots (it’s a zen thing) but feel free to use a dishwasher. 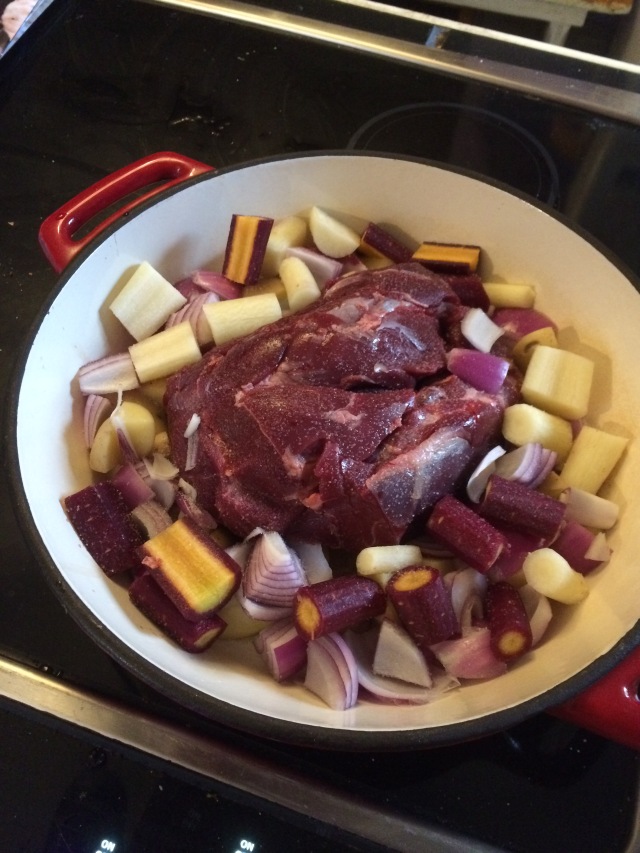 A boneless venison neck that will be cooked for 8 hours at 225. It took maybe ten minutes to prep.

Many folks think that cooking is an all day affair, or you need lots of fancy stuff to make charcuterie….that’s not true.  I’ve detailed on this blog all the ways I messed up my first time making bacon (and it was still delicious!).  I have since evolved my bacon recipe far beyond that blog post.  That’s the glory of Inconvenient Cooking, you’re not hemmed in, you can do whatever you want–within reason, don’t eat that treefrog. 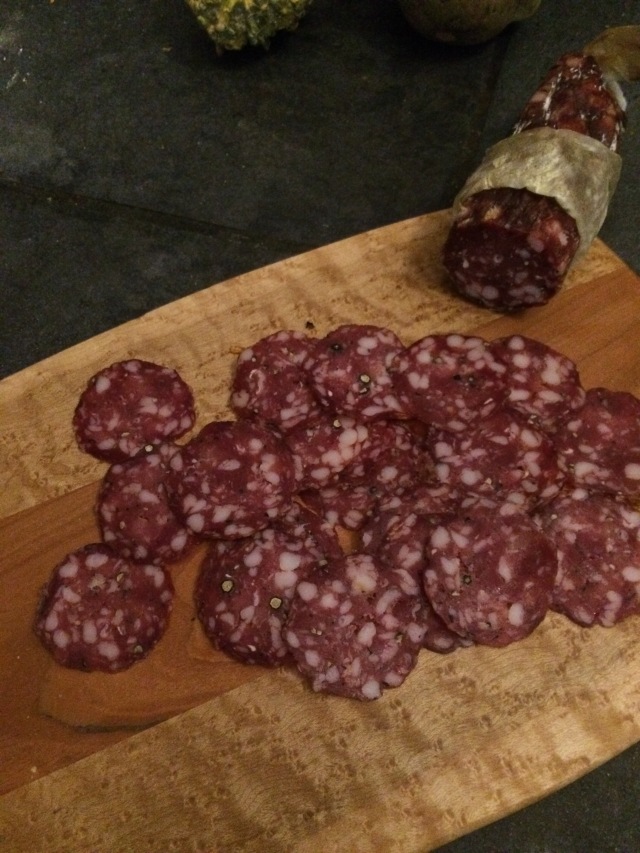 You don’t need to buy into a clear pyramid scheme and make a bunch of freezer meals at what is, essentially, an in-person infomercial for stale spices.  Cooking was re-branded as a chore and something we needed to avoid back when the microwave was invented and people have been cashing in on that ever since. That’s just bullshit. 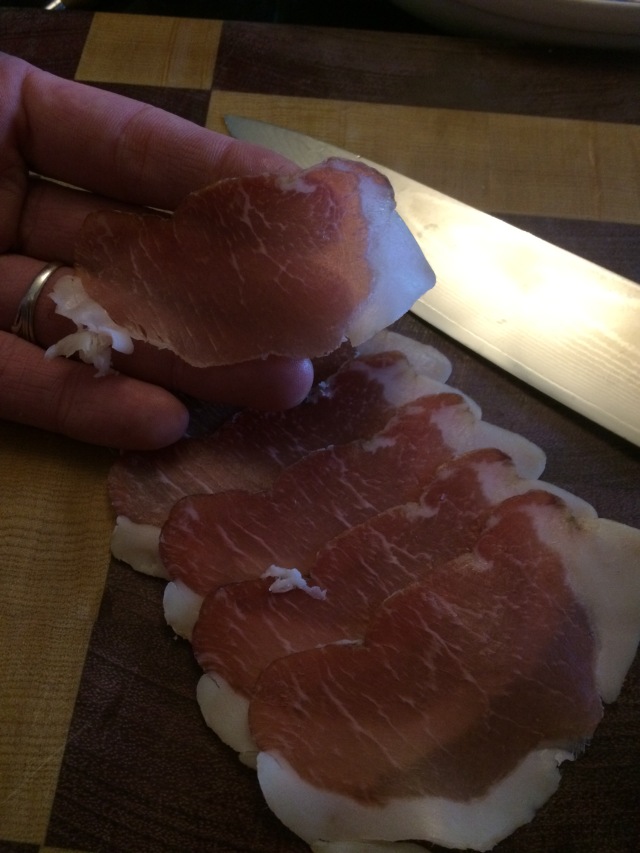 The internet frees us from a world of expensive and cumbersome cookbooks.  Sites like TheKitchn are where I learned pretty much everything I needed to know about asian soups…and it was free.  Sure, websites DO NOT replace an actual culinary education, but they’re great resources for your average Joe, Jane, or Fry.
If it’s interaction you crave, forums and Facebook groups abound!  The Handcrafted Larder is on Facebook and it is filled with like-minded people of all different skill sets and specialties.  Another related group, The Salt Cured Pig, has given my Charcuteri knowledge far more depth than it had before and helped me to produce the best salami I have ever made just this past year.  These groups exist for whatever you might be into or wanting to get into….things like pickling, fermenting, sex dungeons, and collecting wild mushrooms.
What I’m trying to say here is that the time for inconvenient food is now.  The time of cracking open a can of Cream of Mushroom to make a hot dish is over.  Try using, I don’t know, a little cream or whole milk and some mushrooms instead.  You will quickly discover that what you thought was daunting is not.  What you thought would take forever doesn’t.
Most people have a food processor, right?  Then you can make a pate’!  You don’t need to put sausage into a casing if you don’t have a stuffer.  You can just mix it up with some spices, park it in the fridge for a few days, and then cook it as loose sausage.  Do you have a cabbage you bought but don’t know what do with?  Try making some kimchi! 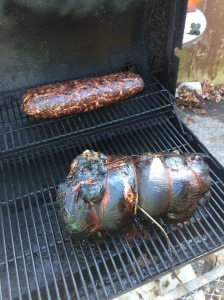 Boneless whole turkey stuffed with venison and and herbs.

We are currently experiencing a bit of a renaissance for food.  Have a peek at some of those websites and groups and I truly believe you will be inspired to try something new.  Once the veil of intimidation is removed, the world will be your salt-cured oyster.

(I fully realize all the picks on here are of meat. Sorry. I’ll take more veggie photos at some point).

This entry was posted in Meat Stuff, Other stuff. Bookmark the permalink.

4 Responses to On Inconvenient Cooking