Posted on February 10, 2014 by travismohrman

Even though the Cardinals are still singing, the cold persists.  Maybe the sweet songs haven’t done enough to boost your mood and you’re still in a funk.  It’s time for you to pull out the nuclear option against the winter blahs. 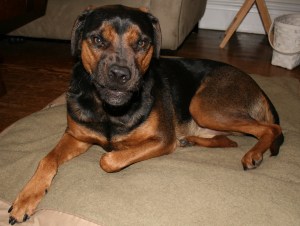 Honestly, I’m not sure if this is the same for girls as it is for boys, my wife seems to lack a drawer full of socks with holes in them…must be some kind of sorcery.
Every guy has a bunch of socks and many of them probably have holes in them.  I’m not talking about the nice dress socks with green dinosaurs on them, I mean the regular old everyday white sock.

These white socks tend to get holes pretty quick.  That might be because I generally have sawdust and dirt down in my boots, but I choose to believe it’s because my feet are like steel and destroy their puny white cocoon!
These aren’t necessarily huge holes, they just wear thin.  For most dudes I know, a small hole in your foot sweaters does not generally mean it needs to be thrown away or turned into a rag, it’s still a perfectly functional sock…now with increased ventilation.

Some sort of critical mass exists for getting new socks.  Almost all of them, or certainly more than half, need to have holes before I throw them away and order new ones (yeah, mine have to be ordered, shut up!). If only two or three socks have holes in them, you don’t order new socks.  And you certainly don’t throw those socks away yet.  pitching them prematurely would lead all the other socks to wonder where their friends went.  It’s best to keep socks together as a group for as long as possible, much like a herd of bison.

The whole point of this short rant is that a great winter time morale boost is getting new socks.  I don’t know what it is, but new socks have a kind of magical quality to them.  You wake up in the morning, kinda groggy, kinda creaky, those bare feet hit the wood floor, a groan slips out from your throat…but then….then something special happens.  You realize that you have a brand new pair of toe holsters to put on.  These aren’t just some recently washed socks, fresh from the dryer, although those are nice too, no, these are socks that have never before known a foot.  These are socks that have not had pressure applied to the cushy parts of the heel and the toe.  They don’t have a clue what your washing machine is like or how worn out the boots are that they are about to go in.  It’s a brave new world for these cottony white fellas, freshly released from their thin plastic prison and freed from the bondage that is that weird plastic harpoon thing holding them together.

Main point…if you start your day with a brand new pair of socks, every step is nicer than it would be otherwise.  And really, when you think about it, every day starts at your feet.

Maybe I’m just a simple man, but if I was a multi-millionaire, the only thing I know I would do that would be “eccentric” would be to wear new socks every single day (with the exception of cool dinosaur socks that could be repeated several times…they’re hard to find!).  Yes, it would be wasteful, but I would donate the socks after the single day of use, and after they had been washed, of course.

If, like me, you’re still fighting the doldrums, try the new sock method.  It might cost you 20 bucks, maybe even 30, but it’s totally worth it.  You could finish out the rest of the month with brand new sock days every single day.  Once it’s time to re-wear the first new pair, it’ll already be March!  And March is pretty damn fine month most of the time.