A Rant About Bacteria

Posted on December 9, 2013 by travismohrman

I talk about curing meat frequently on this blog, mostly because it’s delicious.  I recently had a discussion with someone about food safety and bacteria.  We disagreed with each other, strongly. This can be a good thing for a lively discussion, but sometimes you run up against some serious brainwashing (typically provided in the form of paranoia from a parent or a government agency) and then the discussion becomes more difficult.

Anyhoodle, I don’t worry much about bacteria because it is predictable, mostly.  I keep a clean kitchen and I understand what causes bacterial growth and how to stop it.  I mean, c’mon, unlike them, my cells have a nucleus!

My friends are used to the sight of meat hanging out in my basement.  I’m not only talking about salami, sometimes it’s whole chunks of muscle that have hung down there for 5 months and are all crinkly and black with big spots of white mold.  My mother is gagging right now just thinking about this, which makes me smile.  It looks like it’s rotten.  It’s not. I used the proper cures and the conditions of the hanging area are monitored.  It’s safe.  Much safer than, say, lettuce you buy in a bag or “fresh” shrimp purchased in the Midwest. 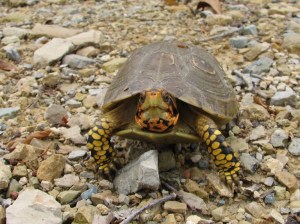 “I will dispose of your bacteria-laden bag lettuce and shrimp.”

Bacteria hates sodium nitrite.  It also hates low pH.  It also hates being dry.  These three things are easy to accomplish with salt, bacterial fermentation, and plenty of time in a curing room.

You know what bacteria loves?  Water! 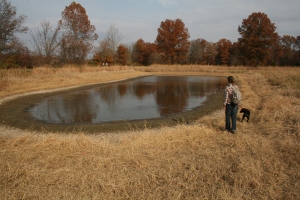 Oh yeah, that’s got some serious bacterial action going on.

I have known ever since I started hunting to never wash out the inside of a deer carcass or really let any water get in there at all (this includes bags of ice, people).  Once you do, it’s a bacterial playground.  Basically, the rule about never getting a Mogwai wet applies to bacteria also.  I still know people that wash out their deer and then let it hang over night. It smells awful the next day.  Not generally a good sign when it comes to meat. Ever.  Meat can look gross, but once it smells gross, its all over.

I recently learned people rinse off steaks before cooking them?  Seriously?  Why?  I’m legitametly curious about this.  You’re cooking that steak, right?  I sort of understand rinsing out the inside of a chicken because some of the congealed blood clots are still in there, but I would never do that either since I don’t typically eat the inside of a chicken.  Just yank the guts out.  pick out any little bits of liver that tore off, then salt the bird (always salt the bird!!!) and put it into cooking device of your choosing.  By adding water to the mix you are just giving the bad guys a medium to move around on and reproduce in.  Plus, you would then need to sterilize your sink. 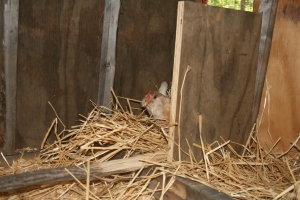 If your cutting board looks like it has been chewed on by a badger that’s crazed with the flu, throw it away. Plastic, wood, bamboo, whatever.  Otherwise, just wash it with warm soapy water.  The soapy super powers will still penetrate those small crevices and knife marks to deliver a two-fisted jump punch to the bacterial baddies. 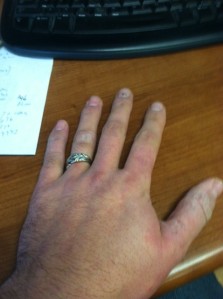 I actually could use some new hands…

I think the USDA still says if you cold smoke meat it will climb out of the smoker and strangle you, then it will track mud all over your house while dog earring your favorite books.  Their logic is that it holds the meat in the “DANGER ZONE” of 70-100 degrees, sometimes for days.  The horror!!  They’re right about that though, bacteria love the temperature range of cold smoke.  That’s why we cure meat with sodium nitrite, or pink salt, as it is sometimes called.  This is a longer story for another time.  Side note: Himalayan pink salt, while extremely delicious, is not curing salt, it’s totally different.

The only thing I want to try to stress upon you with this pointless rant is that if the fear of bacteria is holding you back from curing meat, kick that fear straight in the nucleus (haha, because they don’t have one!  This is gold, people!)

Salt, soap, and common sense are our friends in this arena. Wash your hands, cutting boards, and working surface with warm soapy goodness, follow ALL guidelines for salt and cure usage (this includes sugar), and then use your own head.  If the meat hits the floor, it’s dog food.  If it hits the counter that you already sanitized, it’s probably fine, but throw it away if you want to, I won’t laugh at you for that.

3 Responses to A Rant About Bacteria